ARCHITECTURE OF THE ENCLOSED SEA

Architecture of the Enclosed Sea: Between Aquaria and Marine Protected Areas
Public programme co-developed with TBA21–Academy

Architecture of the Enclosed Sea: Between Aquaria and Marine Protected Areas explores the architectural, geopolitical and historical resonance of two spatial techniques for knowing and governing marine life in the modern era. The programme compares the respective characters of aquaria and marine protected areas in ocean cultures and marine conservation. Aquariums are volumetric, indoor bodies of water. Marine protected areas are aerial ocean territories spanning tens to tens of thousands of square kilometres. Both serve scientific, political and entertainment purposes; both are used for nature protection and both are reproductive of certain worldviews. What other common stories can be traced along the scale variance of devices that “box the sea”?

The programme inquires and speculates about the ocean architectures of enclosure at the start of the UN’s “Decade of the Ocean”. It will consider the territorial imaginary of enclosed water and the material artefacts which hold it in place, and talks and events will bring to life the dynamics which overflow the fixed boundaries of boxes – as Perspex walls of a tank or lines on a map. Together we will look beyond these inside/ outside categories of watery space to explore cultural ecologies of ocean conviviality, collaboration and cohesion.

Bringing together historians of science, marine biologists, artists, architects, political ecologists and those working to decolonise marine conservation, Architecture of the Enclosed Sea is a full day symposium that weaves together a multidisciplinary dialogue charting the many interrelations between aquaria and marine protected areas. It invites participation from concerned land dwellers, ocean and aquaculture farmers, as well as those from the policy, research and ocean industries to collectively explore the possibilities and problems of ocean enclosures.

This programme includes both two days of workshops for registered participants and a Public Programme. The Public Programme begins on Friday with the aperitif, at 19.00 in the gardens, and continues throughout Saturday between 11.30 and 7.45 with various talks, lectures, debates, and screenings.
Read more about the workshop here.

11.45–12.30
Talk
Boxing as Method
With Susanne Bauer and Martina Schlünder
Moderated by Louise Carver, and followed by Q&A

Are boxes relative cultural and epistemological artefacts of Western modernity? How do boxes structure thought, society, knowledge and the material world? Is there truly a way for us to think “outside the box” or will these efforts always lead us back to containerised perspectives? This panel explores boxes in their broadest sense. It invites us to step into the field, unravel how and why things are contained and how it might be otherwise. It is about rethinking taken-for-granted formats and infrastructures of ordering practices as they both shape and respond to societies’ relationship to science, nature and the Anthropocene. Boxing as Method will set the stage for the discussions that unfold through the rest of the day.

12.30–13.30
Discussion panel
Globalising the Spaces of Boxed Water? Or Towards a Convivial Spatial Politics of the Ocean
With Mohammad Arju, Hugh Govan and Professor Moenieba Isaacs
Moderated by Louise Carver, and followed by Q&A

This panel will explore the science and politics of global governance visions for marine protection for the next decade. Global leaders are coming together to pledge “30 by 30”, outlining goals for international commitments for bringing 30% of global waters to be designated as a marine protected area by 2030.  While this appears to be a promising sign of political will for ocean health,  there remain concerns over the effects this kind of totalising world project will have on different places around the world through the spatial politics of exclusion, especially for livelihoods of small scale fishers.  It is not clear who will win and who may lose out from these arrangements, or how effective they may be for ocean conservation. The panel will also introduce radical new visions for marine biodiversity conservation, based on principles of conviviality— an emerging paradigm which transcends historically colonial approaches connected to capitalist logics.

What are the connections between architecture at the scale of a household aquarium and the continental geo-engineering projects of 20th century Europeans? Looking across and through these two forms, how can we better read historical processes of scientific research, spatial planning and territorialisation giving rise to contemporary efforts to protect the global oceans? Paradoxically – how do historical transformations to global urban imaginaries underwrite today’s impulses for planetary rewilding, such as E.O Wilson’s proposals for conserving half of all land and sea of the Earth? And what is the importance of the global networks of aquariums today not only for scientific research but increasingly as sites for “ex-situ” conservation, recovering populations of endangered animal and coral species for ocean regeneration.

15.15–16h45
Discussion panel
Inside the Engine Rooms of the Aquarium and the Marine Protected Area
With Armin Linke, Emanuel Gonçalves and Miguel Tiago de Oliveira
Moderated by Angela Rui

Exploring the “backstage” or the “control room” of enclosure architectures means pulling back the curtains on practices for managing the ocean’s life conditions. This panel will explore the technical challenges of coordinating an artificial ocean ecosystem in aquariums as well as the mechanics of conservation oceanography. Can these two scales be compared? What can the technological artifice of an aquarium tell us about the history of ecosystem ecology or the design of a Marine Protected Area? Which kinds of expertise, technologies, standards and scientific histories shape how the life-giving conditions of an aquarium or a marine protected area are created and maintained?

The architect of not only the Lisboa Oceanário built in 1998, but countless other large aquarium projects around the world since the 1960s, Peter Chermayeff will join in conversation with aquarium scholar, curator and architectural researcher Carson Chan. Peter and Carson will discuss the origins of Peter’s vision for Lisbon’s aquarium, the interplay between conservation, entertainment and architectural design and society’s changing expectations for the nature and role of zoological buildings in the 21st Century.

Marine resources are in a state of global collapse. In 2016, the United Nations Food and Agriculture Organization declared 89.05% of global fish stocks to be either fully fished or overfished. In parallel, due to overexploitation in coastal waters at home, the European Union negotiated Fisheries Partnership Agreements (FPAs) with many countries in the Global South. Resembling forms of neo-colonialism, these agreements have devastating impacts upon ‘extra-Mediterranean’ marine life, leading in many cases to the exhaustion of fish stocks, and the loss of local fisheries and traditional knowledge. Is it possible for these ‘partnerships’ to exist ethically and sustainably? How can they be cultivated on the basis of an ecological and decolonial approach that breaks away from a purely extractivist mindset? Artist duo FRAUD will discuss their artistic research on the connections between European fisheries policies and marine conservation beyond its jurisdictional waters.

WORKSHOP: ARCHITECTURE OF THE ENCLOSED… 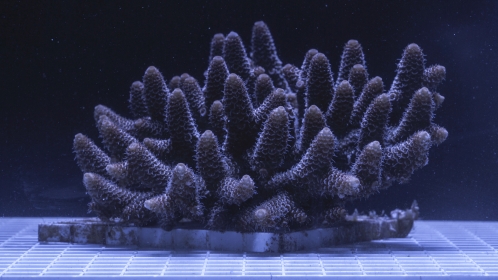 Sonia Levy: For the Love of Corals
Go to maat ext. Cinema for the full experience. 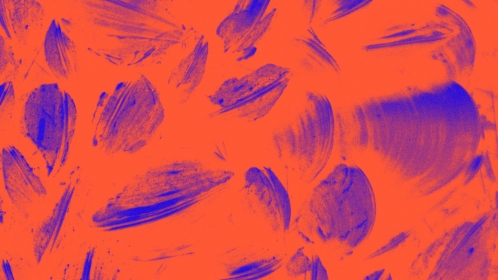 The Architecture of the Enclosed Sea Dossier
Go to maat ext. Cinema for the full experience. 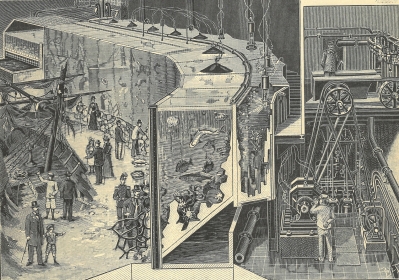 Aquaria – Or the Illusion of a Boxed Sea
Angela Rui