REHEARSAL FOR A COMMUNITY

This exhibition inaugurates the new programme developed by the museum around the collections of the EDP Foundation. Based on yearly presentations exclusively curated and designed by invited experts and practitioners from different disciplinary fields and research backgrounds, these exhibitions aim to put forward a new approach in the ways in which knowledge repositories can be activated as living entities that harbour, intersect and enrich narratives of time and history.

With 136 pieces by 56 artists, covering 80 years and thus intersecting generations, this exhibition featuring works from the EDP Foundation Portuguese Art Collection is curated by the artist Paulo Mendes, and intentionally spans its entire temporal arch: from 1942 to the present day.

The exhibition revolves around “memory” and the ways in which it is produced and awakened, both as instrument and product of collective making: cast in the spatial envelope of Central Tejo, a physical embodiment of industrial memory from the early 20th century, it is presented in four key thematic chapters, namely work, laziness, sound and word, the latter two representing forms through which memories are captured and enunciated.

Throughout the exhibition, two new commissions are presented as elements from parallel narratives that eventually merge into a unique work: a literary composition by the celebrated author Gonçalo M. Tavares and a musical composition by José Valente, both of which were built around the rhythmical characters of the Portuguese language. These are fictions of both word and sound which add new interpretations to the works on exhibition.
As described by the curator Paulo Mendes, the exhibition takes on “the nature of a performative piece that invites the visitor to embark on a journey, to experience a possible history through the works in the EDP Foundation Portuguese Art Collection, a parallel history of the Portuguese reality of the last few decades.”

The exhibition design by Diogo Aguiar Studio works with a structural system of self-supporting and geometrically oriented devices that personify actors within the huge industrial space of Central Tejo. “The design promotes different visiting routes, as well as different timeframes [for the visitor] to appropriate and create diverse relationships between the works in the exhibition, while also revealing their hidden side”. 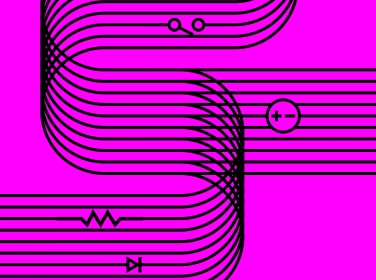 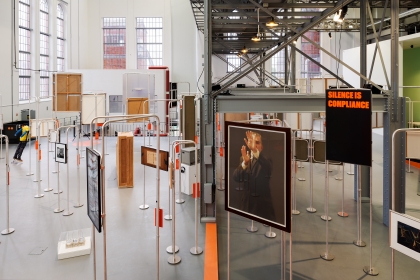 Rehearsal for a community

Work, Sound, Word and Laziness. Joshua, Martha, Rhann and Kross
For the exhibition “REHEARSAL FOR A COMMUNITY – Portrait of a collection under construction (take 1)
Become a member
Get the latest news from maat in your inbox Subscribe Newsletter