NYEGE NYEGE: A NEW HOPE
The Power of Music, the Soul of a Community

Nyeg Nyege: A New Hope is the first instalment in maat’s new music and sound programme — Terra Irada — and is presented on the occasion of the International Museum Day, May 18, 2020.

Today more than ever the empowering role that institutions of culture can play in societies emerges as intrinsic to our natural desire to be and feel part of a community. While many such places in the world still remain closed and their survival threatened by the economic repercussions of this current crisis, we must take this opportunity to renew our vows to the constituencies we serve as catalyst platforms that foster actions and reflection around the meaning and making of cultural agency.

“Like the book, the map and the library, museums are “intellectual technologies” (Nicholas Carr) – they are not mere tools that enhance or complement specific human faculties, but knowledge engines that change the way we address, comprehend, imagine and create the world around us. They must transform as we transform with them” (Beatrice Leanza, director, maat)

The celebrations of International Museum Day which this year are themed around “diversity and inclusion” remind us that only through an open-ended process of productive debate and creative solidarity museums as harbingers of culture can continue support the becoming of worldviews that are product of mutual respect and care for our common destiny, and that the challenges posed to the one are always the challenges of the many.

Despite the confinement we are still living through, maat strives to remain present for its audiences and, on this day, radiate the energy that comes from “being together” through the liberating and universal power of music.

Nyege Nyege: A New Hope the project we have prepared for International Museum Day is the first chapter in maat’s new music and sound program titled Terra Irada, which will unfold over the coming year and is curated by Pedro Gomes.

An enterprise established by two Europeans — Arlen Dilsizian and Derek Debru — in Kampala, Uganda, the Nyege Nyege HQ has provided editorial outlets, a festival, a management structure and most importantly multiple viable channels from which insular and underexposed cultures can present themselves. This has involved Sub-Saharan idioms, but other parts of the globe as well, in an ever-expanding process. Nyege Nyege has been a beacon of ideas and constructive, positive endeavours for post-colonialist times. It has helped nurturing artists’ self-pride and so understand that they can function out of their own artistic areas to exert a concrete impact in the outside world.

Nyege Nyege is part of a Kampala based arts collective that includes an artist residency and community studios, and two record labels (Nyege Nyege Tapes and Hakuna Kulala). Its renowned four-day festival is self-described as standing for “abundant joy, for underground music and musicians in Africa, from Africa or with a deep interest in getting to know the continent better, it stands for fun and curiosity and pushing boundaries always with a sense inclusivity and an invitation to wonder.”

In this unprecedented collaboration with maat the line-up presents six different emissions from six different parts of the world — South Africa, Mali, Tanzania, Saint Lucia in the Caribbean Sea, Reunion Island and Uganda — where forward thinking communities and ideas unite under one flag; one of progression, confrontation, celebration and understanding.

Tune in and dance with us! 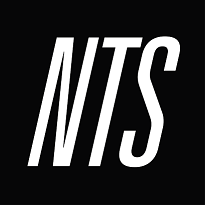