Gaika has been hosting "The Spectacular Empire Show w/ Gaika & Akwasi Brenya-Mensa" since 2016 providing a platform for new talent worldwide. Gaika Tavares, better known simply as Gaika is a visual artist, musician and writer from South London. His debut album, Basic Volume, was described as the sound of "gothic dancehall and industrial electronics". Working from a blank canvas, Gaika is joined by Akwasi Brenya-Mensa, and also Troublemaker Records artists Phoebe, nëss and Herlander to create – using visual and audio explorations – a one-off piece of work that will sit somewhere between improvisation and resistance.

Gaika (he/him) is a multi-disciplinary artist from south London. Through an experimental and prolific approach that darkly fuses music, art, technology literature and film into a catch-all aesthetic he has termed ghetto futurism. Variously labelled as an iconoclast, rap agitator and mad scientist, he has carved out a unique legend in the global underground in the 5 years since his first EP Machine. After a series of much-feted mixtapes, he released his debut album Basic Volume in 2018 to widespread critical acclaim. This was followed by a series of large-scale audiovisual installations around the world, composition for film and theatre, and music that has never shied away from complex storytelling and rich texture. His sophomore studio album will be out in 2022.

Herlander (he/him) is a Lisbon-based artist (performer, producer, vocalist...) who is rewriting the rules of the popular music standard with his sound that borders on anti-pop, diving into a genre-less lake, voices that harmonise with each other and particular sounds that sit distinctly in one room. Born in Almada and raised in the neighbourhood of Arrentela, Seixal, Herlander got his opening for music after moving to London to produce his first experimental EP, 199, where he deals with personal issues of a young man falling in love and having that passion shattered at a crucial stage in the life of any 19-year-old. Following the release of his EP in 2018, Herlander returns, after a 2 year platform hiatus, with a more mature, magnanimous sound and a timbre that is unique to him, spreading across compilations some of his more recent themes, such as “quem diriaiaia”, “if you give it to me what's luv got to do with it?...”, creating a prototype to his second project that is coming up, whose introduction arch was opened in the summer of 2021 with the theme “Gisela”, lead single of the project whose name is yet to be given.

nëss (they/them), proudly from Mercês in Sintra and vertex of the Troublemaker Records family hard core, a collective-publishing company whose activity has done a lot to enlighten PoC and queer artists blocked from wider exposure platforms, fearlessly unveils all the frailties and longings of their non-binary, queer and black identity in songs full of people and life. A very personal reflection of their experiences, which from the anguish of depression and doubt seek to glimpse hope, the limits of forgiveness, to go back. From the ethereal songs of a recent past, between the gliding electronics of “andromeda” and the folky rawness of “how much i cared will never reach its peak”, nëss now presents themselves  accompanied by violin, offering us songs so that we can see or understand ourselves in them. Thus, empathy.

Bruno Trigo Gonçalves aka Phoebe (he/him) is a producer, DJ and founder of the label/collective Troublemaker Records. He is himself a reflection of the programmatic character of this new work. There is no simplicity here, but rather an intense mix of not only sound references, but also personal ones, that give this music a truly intimate charge, even when the sound explosions hit us in an austere way. At the third EP (if i was simple in the mind, everything would be fine, Rotten Fresh 2021) – successor of Affection (Troublemaker Records, 2019) and Living On Valued Energy (Quântica, 2020) –, Phoebe once again exposes an expanding artistic and musical mind, not limited to rigid stylistic boundaries that dull the most creative impulses. This permanent stylistic and sonic mutation is therefore not easy to map, but it is precisely from this frustration with what is most basic that the most urgent music emerges.

Akwasi Brenya-Mensa (he/him) is a fearless voyager, a discoverer of hidden worlds and magnificent corners of the night. From teenage hours pouring over one mysterious test press or another, to countless sweaty moments spent focused on the controls, the art of selection has dominated his life for over 20 years. Today, this time spent totally and completely in love with music, combined with his childhood sense of wonder for uncovering new records, still prevails. Through his show, Mensa aims to push the envelope of Black Atlantic sounds, seamlessly joining the dots between a brand of real Afrofuturism that eschews elitism and narrow escapism, and the Future Beats Universe. Instead, it showcases the innovation and burgeoning subgenres from Africa and the diaspora, giving space to experimental and less club-focused records, with respect and authenticity. Mensa plays music he loves, music that feeds the soul, as a mnemonic for past experiences and an incubator for new memories. 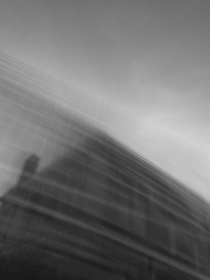 Phoebe: Out of Trouble
“I hope you enjoy it.”
Become a member
Get the latest news from maat in your inbox Subscribe Newsletter