WRETCHED OF THE EARTH AND RACIAL JUSTICE

For its live stream event on 5 October, 19.00 (Lisbon time), the maat Climate Collective will be joined by Ashish Ghadiali, of Wretched of the Earth, and Penny Wangari-Jones, of Racial Justice Network, from United Kingdom.

Wretched of The Earth  is a grassroots collective for Indigenous, black, brown and diaspora groups and individuals demanding climate justice and acting in solidarity with communities both in the UK and in the Global South. They penned the widely-cited “Open Letter to Extinction Rebellion” in 2019.

Racial Justice Network – UK brings together individuals, communities and organisations from across West Yorkshire to proactively promote racial justice and propose holistic, economic, spiritual, and cultural repairs to end socio-environmental injustice and address the legacies of colonialism (including via its proposed “13th Recommendation".

For this virtual gathering, we will discuss the meaning, necessity, and challenges of climate justice – within the cultural and artistic sphere, and within public policy and community activism – in advance of COP26, the 26th UN Climate Change Conference of the Parties meeting this year in Glasgow from October 31 to November 12, which will bring parties together to accelerate action towards the goals of the Paris Agreement and the UN Framework Convention on Climate Change. 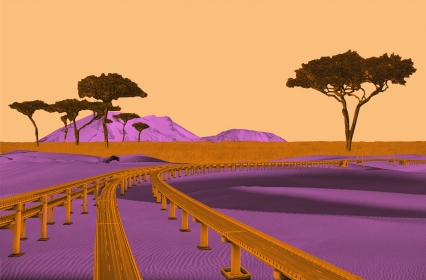 Wretched of the Earth and Racial Justice Network
with Ashish Ghadiali and Penny Wangari-Jones Meaning, necessity, and challenges of climate justic

Jonas Staal: Climate Propagandas, Video Study
Go to maat ext. Cinema for the full experience.
Become a member
Get the latest news from maat in your inbox Subscribe Newsletter